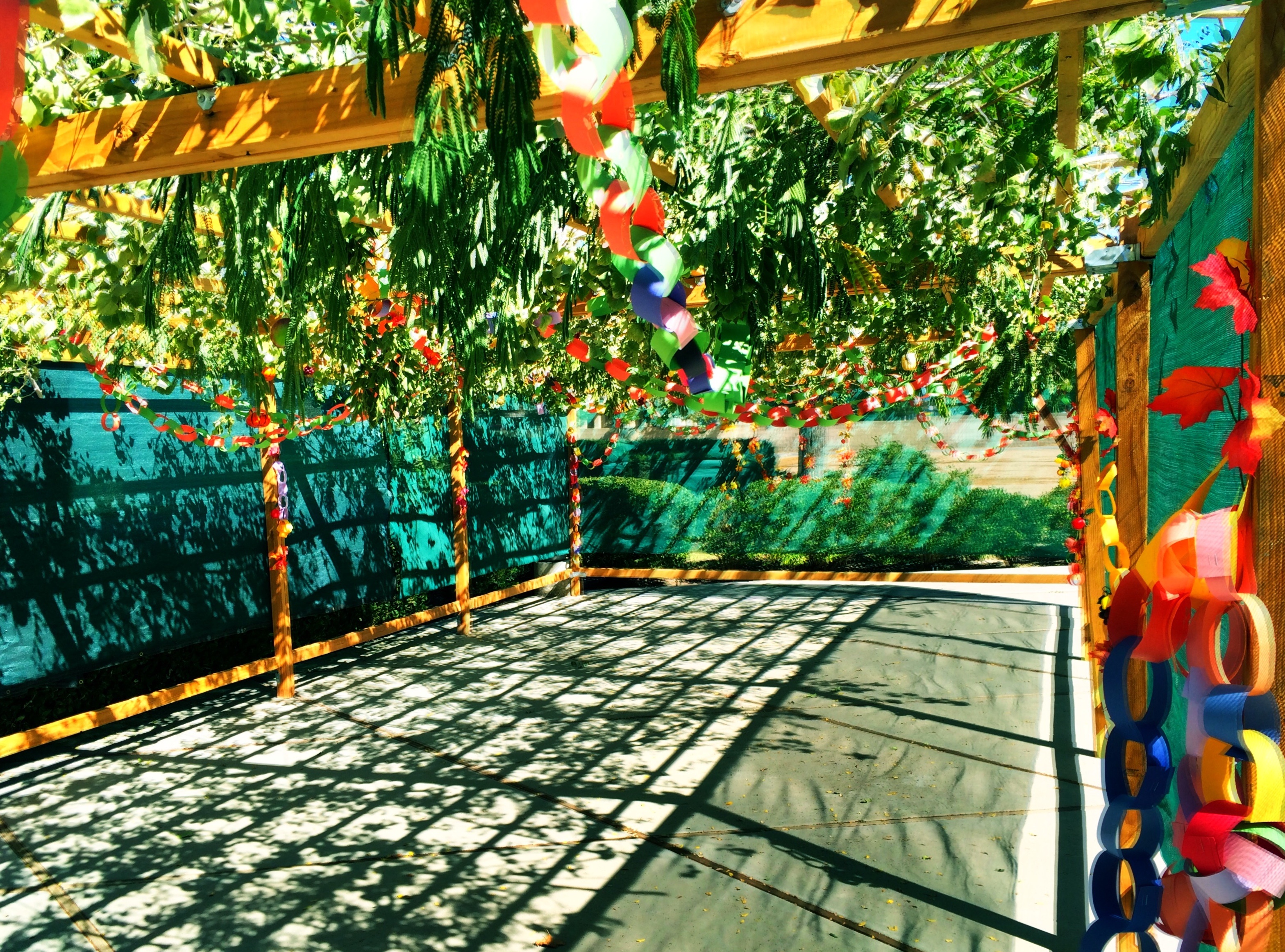 Sukkot, a Hebrew word meaning “booths” or “huts,” refers to the Jewish festival of giving thanks for the fall harvest.  It also commemorates the 40 years of Jewish wandering in the desert after the giving of the Torah atop Mt. Sinai. Sukkot is celebrated five days after Yom Kippur on the 15th of Tishrei, and is marked by several distinct traditions. One, which takes the commandment to dwell in booths literally, is to erect a sukkah, a small, temporary booth or hut. Sukkot (in this case, the plural of sukkah) are commonly used during the seven-day festival for eating, entertaining and even for sleeping.

Sukkot also called Z’man Simchateinu (Season of Our Rejoicing), is the only festival associated with an explicit commandment to rejoice. A final name for Sukkot is Chag HaAsif, (Festival of the Ingathering), representing a time to give thanks for the bounty of the earth during the fall harvest.

At BKB, usually a sukkah such as the one shown above is constructed immediately after Yom Kippur. There is a service on the first night of Sukkot, and there is a “Sook-out” BBQ Shabbat dinner on the Friday during Sukkot followed by the Shabbat Evening Service in the Sukkah.

However, in 2020 due to the Coronavirus emergency, BKB will not be constructing a sukkah.